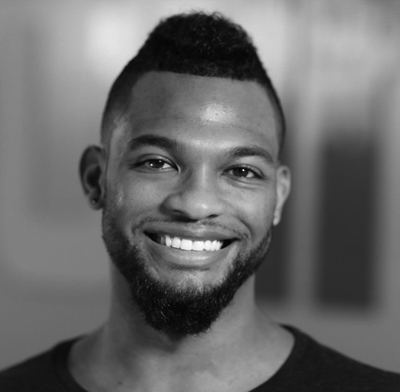 Alton Zenon always finds himself writing, journaling, or jotting down notes in the margins of a good book. It’s his way of constantly learning and refining his craft.

Alton says whether it’s an assignment or a personal blog post about music that may (or may not) have readers, he loves to express himself in this way.

A graduate of the University of Wisconsin-Madison with a Bachelor of Arts degree in English and a focus on creative writing, Alton hit the ground running to shift his writing skills from creative to informative.

His experience ranges from being a columnist for his university newspaper, an intern for the director of merchandising for Warner Music Group, a content writer for a marketing agency, and most recently a staff writer for tech hub Built In.

He said it’s really gratifying to get to this point in his career because it took a lot of groundwork to be able to write about topics that interest him and, in most cases, is passionate about.

No one begins their writing career as a professional, Alton said, or with the job they had envisioned for themselves. As he was building up his resume he remembers his time with John M. Ellsworth Co.—a distributor of primary fluid management products in Milwaukee. He wore several hats with the company as he was a product lister, copywriter, and web developer. The position was stable and the company was great but Alton said it wasn’t feeding his writing passion so he took a leap of faith and left to be a freelancer. It was the freelancing experience that launched him toward his current position of staff writer.

What molded Alton as the writer he is today is that he doesn’t shy away from topics or ideas that he isn’t familiar with. He instead sees them as opportunities to learn about new things and continue diversifying his writing.

He describes it as the freedom to go down the rabbit hole of learning about a topic and then being able to use his voice to tell the story he’s been tasked with writing. Every day he feels like his knowledge of the world is growing.

During his free time, Alton loves working on his 3,700-pound baby—his Mustang GT—and cruising around his neighborhood. He often drives out to a park in the suburbs or a trailhead and explores his surroundings.

He said he doesn’t have any quintessential Midwestern hobbies, but he does admit that fall is his favorite season, he loves movies and video games, and is patiently waiting for concert-going to make its safe return.

University of Wisconsin-Madison, B.A. English and a focus on creative writing