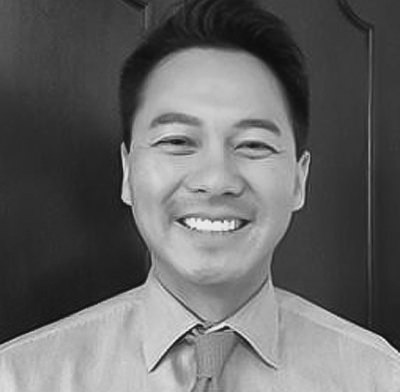 As one of EMPATH‘s key strategy engagement leaders and Head of the Consulting Practice, Ben Ho draws on over 20 years of experience in developing powerhouse brands, businesses, and products. He brings a global perspective to every engagement, having worked with Fortune 500 and start-up teams across North America and Asia-Pacific, along with a skill set fusing creative abandon, strategic discipline and hard charging execution.

When you want something done—on time, within budget, with integrity and excellence—then you need Ben on the team.

Ben Ho has built and executed strategic and operational plans for a vast range of industries, often under the most demanding conditions, for healthcare, consumer products, food, manufacturing, engineering and construction, telecom, wireless applications, and ecommerce.

He has also built strategic organizations with vital elements such as vision, strategic intent, culture, organizational structures, team building, and management decision-making systems, as well as growth, succession and contingency planning. Ben never just gives clients solutions, but partners with top executives to give them the skills to thrive indefinitely.

Ben Ho has spent 20 plus years developing winning approaches, strategies, and tactics for leading successful businesses. He worked at such premiere companies as Deloitte Consulting and Nestle USA. After flying across the U.S. consulting for companies like Kaiser Permanente, Clorox, and PacBell, and managing the third most profitable brand for a $60-billion-dollar global food company, Ben had the entrepreneurial spirit to venture into a hi-tech startup.

During the boom days of the Internet, Ben was head of global marketing for oCen Communications, which was a pioneer in voice over Internet protocol services. Before people even knew what Skype and VoIP was, Ben and his team were making it happen in countries like China, Hong Kong, Taiwan, Japan and Korea.

After oCen, Ben had a distinguished career at Sprint Nextel Corporation, where he led product marketing and product strategy for all their next-generation data products. This resulted in the launch of the first 4G wireless broadband network in the U.S. and raised data revenue by over $350 million in two years.

He later assisted with the merger between Sprint and Nextel to form a new organization with over 60,000 employees and $30 billion dollars in revenue. Ben was hand-picked to be the chief of staff for Sprint's President of Strategic Planning and Corporate Development.

Since then, Ben has been head of sales and marketing for HerbThyme Farms, responsible for a $60 million P&L, helping a Private Equity team turn around the largest provider of organic herbs in the U.S. He then became a senior lead for the global corporate strategy team at PayPal, and later was Vice President of Corporate Strategy at AECOM, a global infrastructure company with over 80,000 employees in 150 countries that designs such iconic buildings as the new One World Trade Center in New York, the Olympic Park in London and the new international terminal at the Los Angeles Airport.

Over the years, Ben has been quoted in such publications as The Wall Street Journal, The Los Angeles Times, CNET and Wireless Week, and has spoken at numerous conferences, including roles as a lead panelist at JavaOne and a keynote speaker for JavaOne Japan.

Ben graduated with a Bachelor of Arts Degree in Economics from the University of California, Los Angeles, then earned an MBA from The University of Chicago’s Booth School of Business. A firm believer in continuous improvement, Ben has kept his skills sharp by attending many executive-level seminars throughout the years. He even earned an executive business certificate from Stanford University's Graduate School of Business.

When not working or spending time with family and friends, Ben is an avid adventure traveler, food enthusiast and a life-long martial arts practitioner with over 30 years of experience in Tae Kwon Do, Kung Fu, Tai Chi, Krav Maga, Brazilian Jiu Jitsu, and Yoga.

The University of Chicago - Booth School of Business, MBA

Blancarte Designs offers illuminated handbags that showcase the most sophisticated examples of contemporary style. They tasked us with creating a business strategy, including crafting an identity, that would differentiate and promote their innovative product line to market.