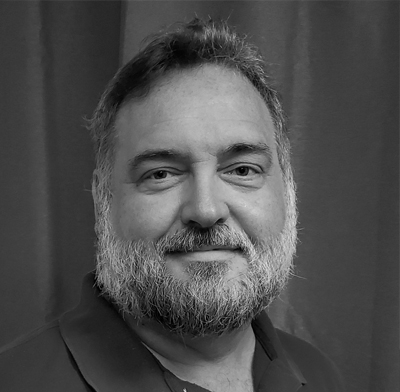 Nik Rogers is a visual storyteller who conveys stories through a lens of a camera. He explains his process as taking a concept from someone’s mind, creating a message from those ideas, and cohesively putting that specific message on screen.

“I think I’ve always had that innate ability to see someone’s ideas in my head as pictures,” he said.

This art of converting thoughts to pictures is a profession that Nik has pursued for over 31 years. Of his 31-year career and counting, Nik has successfully earned 28 Telley awards, 11 Pollie awards, many Peabody awards, and Philadelphia Addy awards for his work.

Through his experience, Nik has found that visual platforms for communicating messages are effective in politics because it’s an emotional battlefield:  people have powerful feelings about their political choices. Nik has mastered the art of creating visuals that evoke emotions and establish a message.

As a senior editor and director of media production with Jamestown Media, Nik began working on Trump’s presidential campaign in 2016. He continued working on Trump’s political post-production materials until 2019, when he left Jamestown Media. Nik had found it too challenging to work on commercials that promoted the President’s controversial agenda.

He still consults with Jamestown Media on non-Trump materials, and has founded Nik Rogers Design, where he continues to make political commercials with powerful visual appeal.

Aside from visual storytelling and consulting, Nik has also been speaking to political candidates about the expectations, pressures, and visual communications it takes to connect and resonate with their constituents.

Commemorating their 150 year anniversary, our team was tasked with designing an Anniversary Book for Martinelli & Co. Between sifting through hundreds of photos to learn the company’s history, we uncovered their path to becoming an iconic brand. Perhaps more important, this award winning asset provided an opportunity to generate significant exposure, across national media outlets.